Tonight Sean got home from work later then normal so I went up and lunged Henry before it was to dark.

He was good like normal when we do lunge work. We have a great big round pen that I can work him in and it's great because he can stretch out and not always have to turn. After lunging him he was super cute and followed me around and then even got some loves and kisses from me.

Then I hosed him off and we went for a walk (to dry him off) around the trail stuff which he thought was going to eat him at first but I pushed him through it and told him to get over it and he complied haha.

We got some pictures so enjoy! 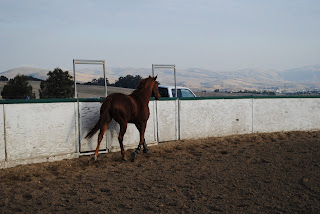 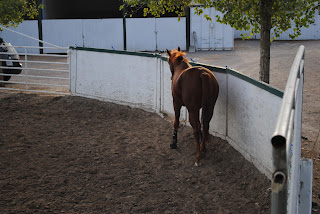 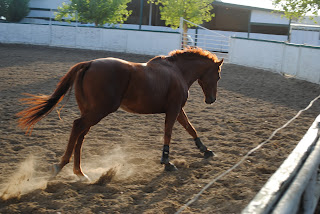