Friday my boots came, of course I had to try them on! 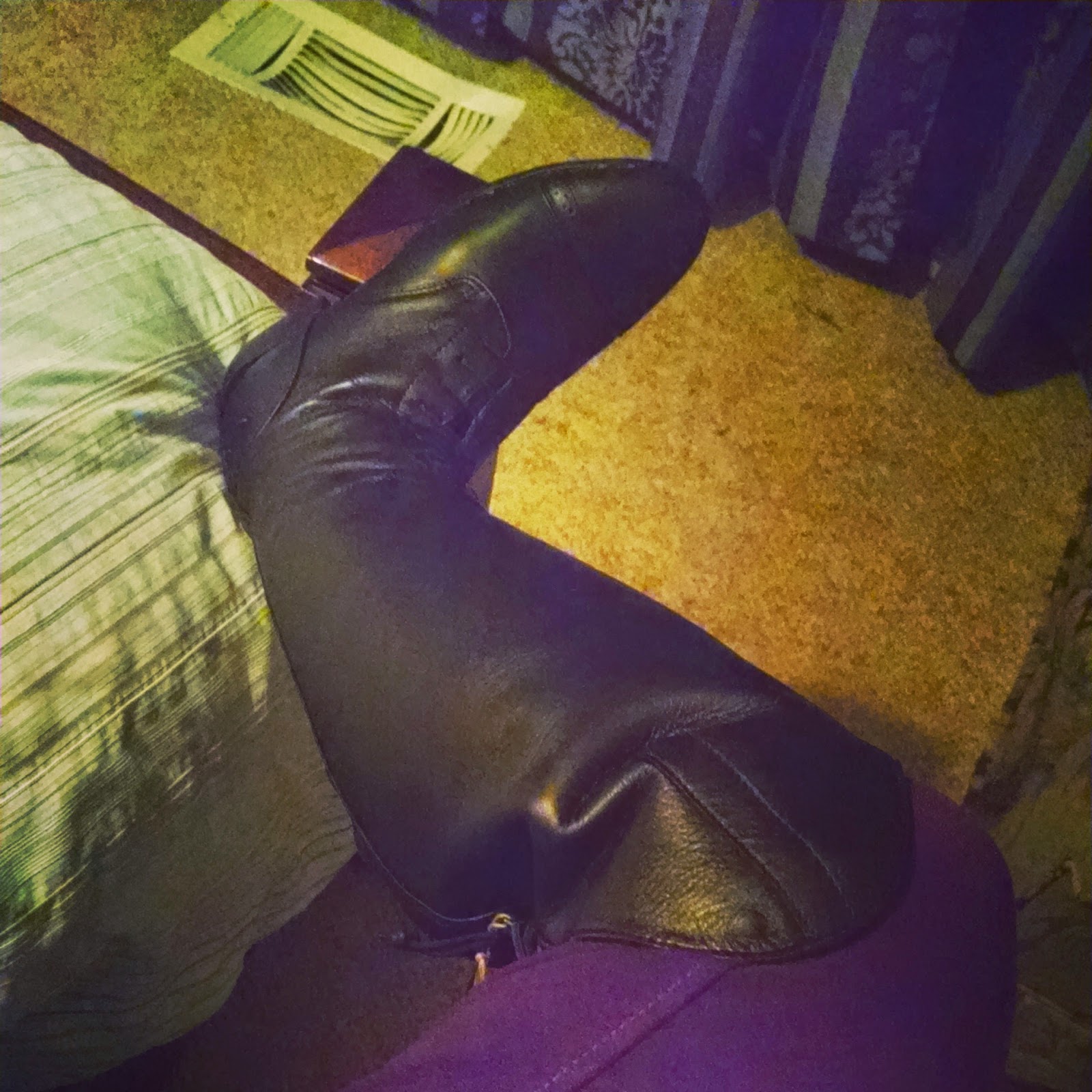 Saturday I did a quick hack on Henry- not in the lesson cause Hubby needed to get some sleep. Then we went out and helped clean out where Grayson (and Rocky) will live when the weather is bad and they won't be in pasture... Also got the round pen up woo hoo!


Sunday Henry had a trainer ride and apparently he was partially great and partially a royal but head.

Monday I went up to hack Henry.. he was a TURD!!! I didn't lunge him and maybe that was a mistake?

I was just planning to hack him- working through WTC and then working off the rail and circles.... you would have never known that my broke horse would be such a jerk circling!!! He was awesome every where but this one spot in the middle of the arena he wanted to blow out to the left- despite my left spur in his side AND pulling the right rein. I am sure I was doing something wrong but trainer wasn't there to ask... I worked through it the best way I  knew how and ended on a good not but man it was not cool.... 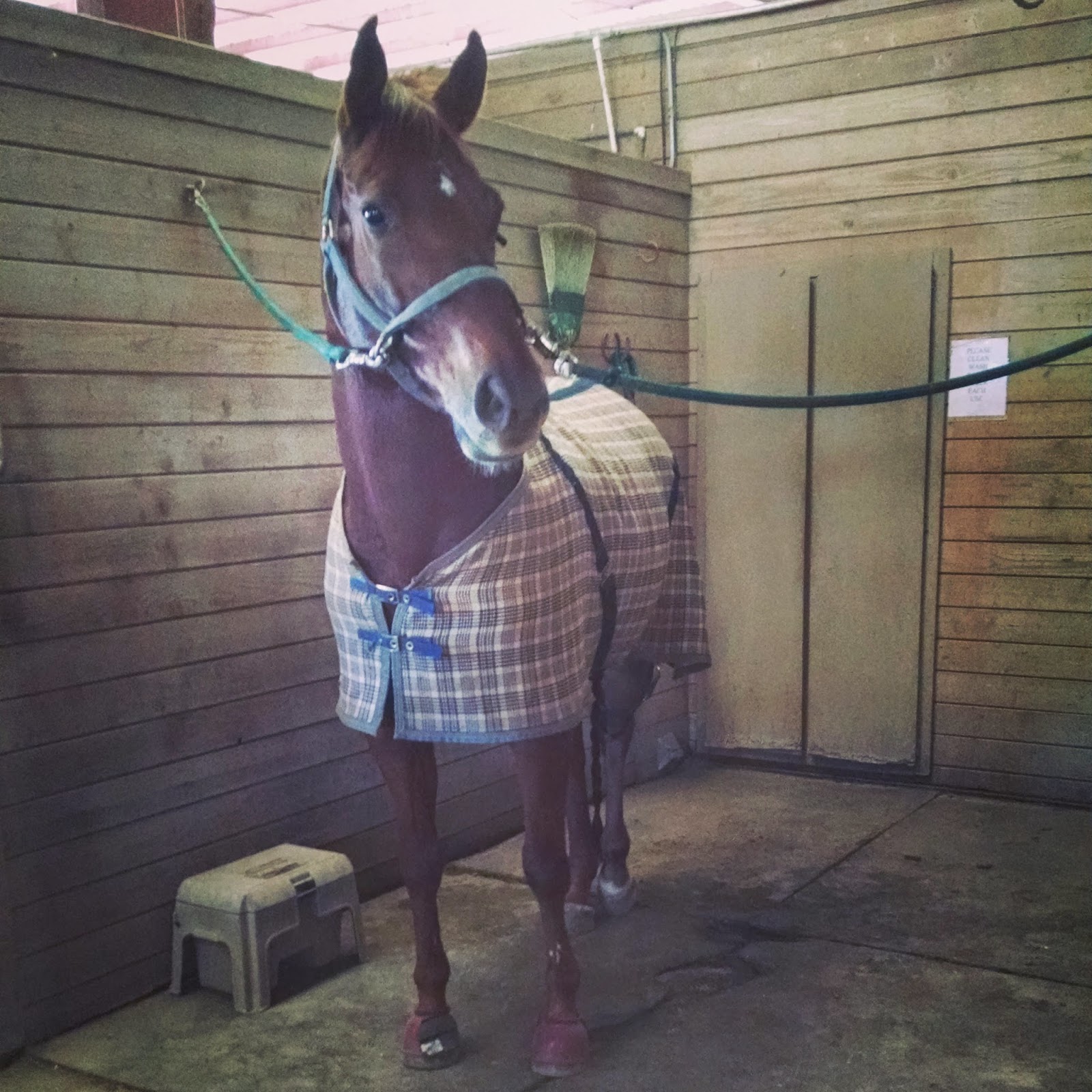 Tuesday morning we headed up to Grayson. I lunged him a little (yay for the round pen being up). worked on some ground manners, washed his tail and worked on the horse eating fly spray. He doesn't care about the bottle but something about the spraying makes him scared but we made some GREAT progress today. So nice not being prego so that I can work with him rather then having Hubby be my hands. 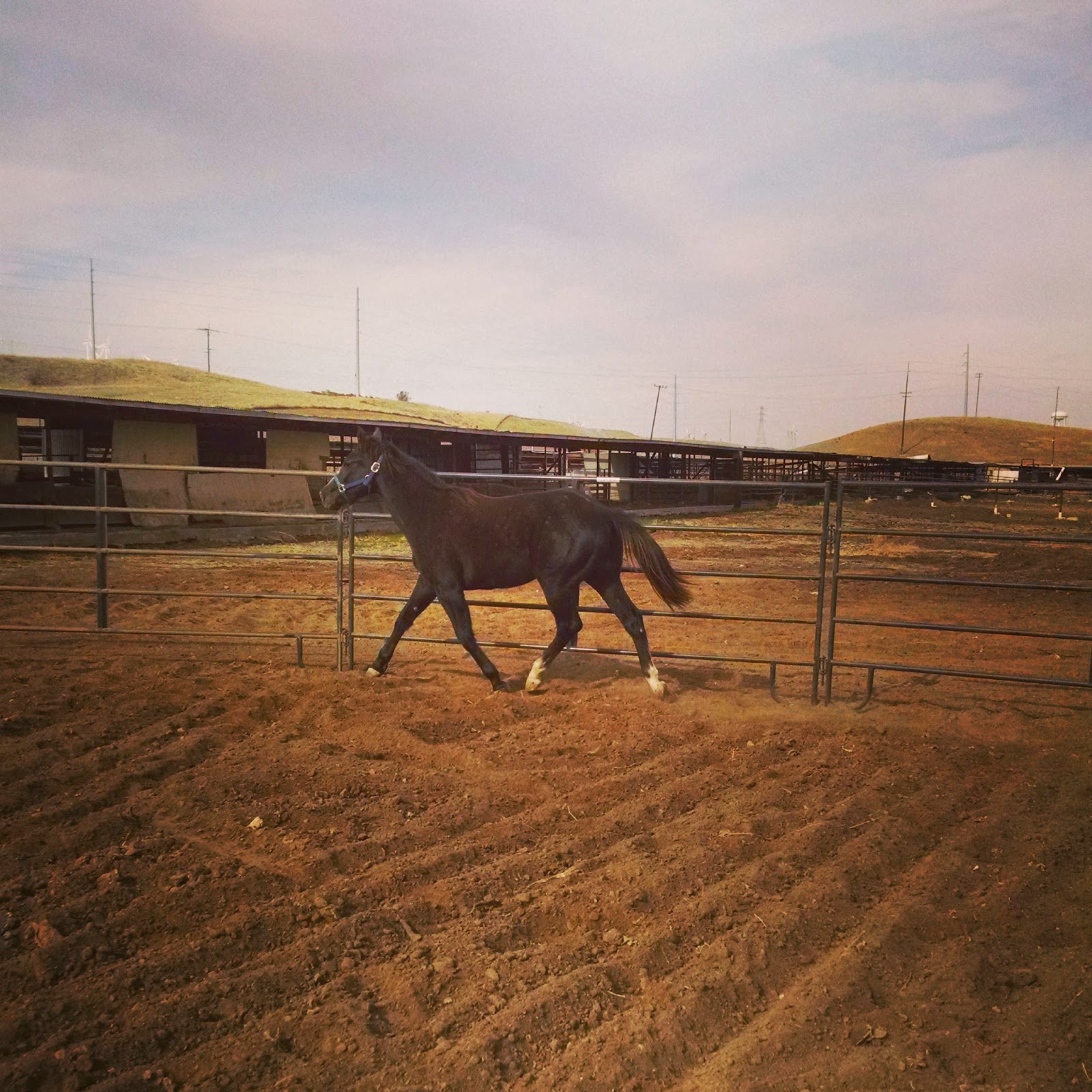 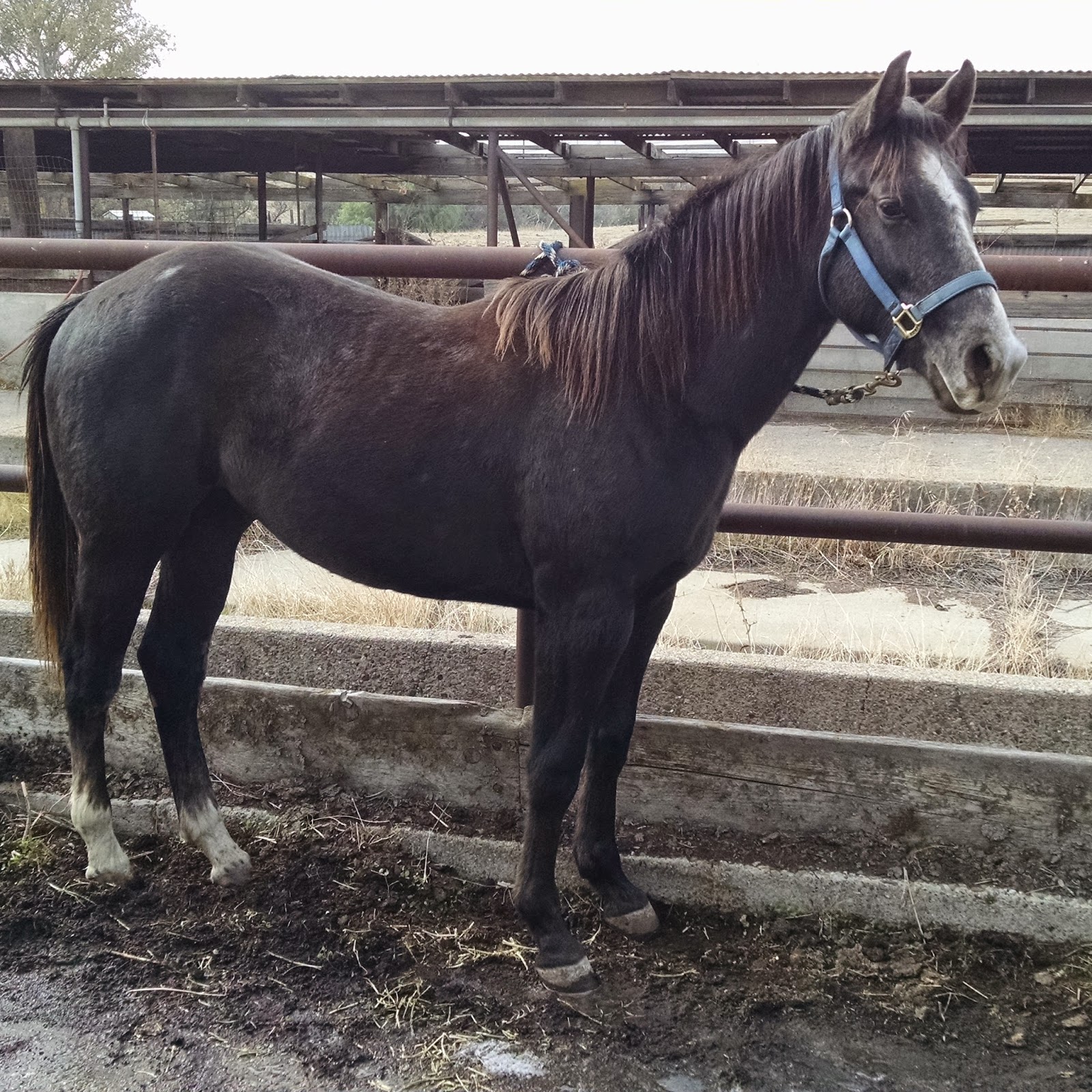 My lesson got moved but I still went up mid afternoon to hack. It was COLD and WINDY so I decided to throw Henry out to lunge before I climbed on... and since out Monday hack sucked I needed to try a different approach lol.

Our ride went MUCH better, how a hack should go haha!! 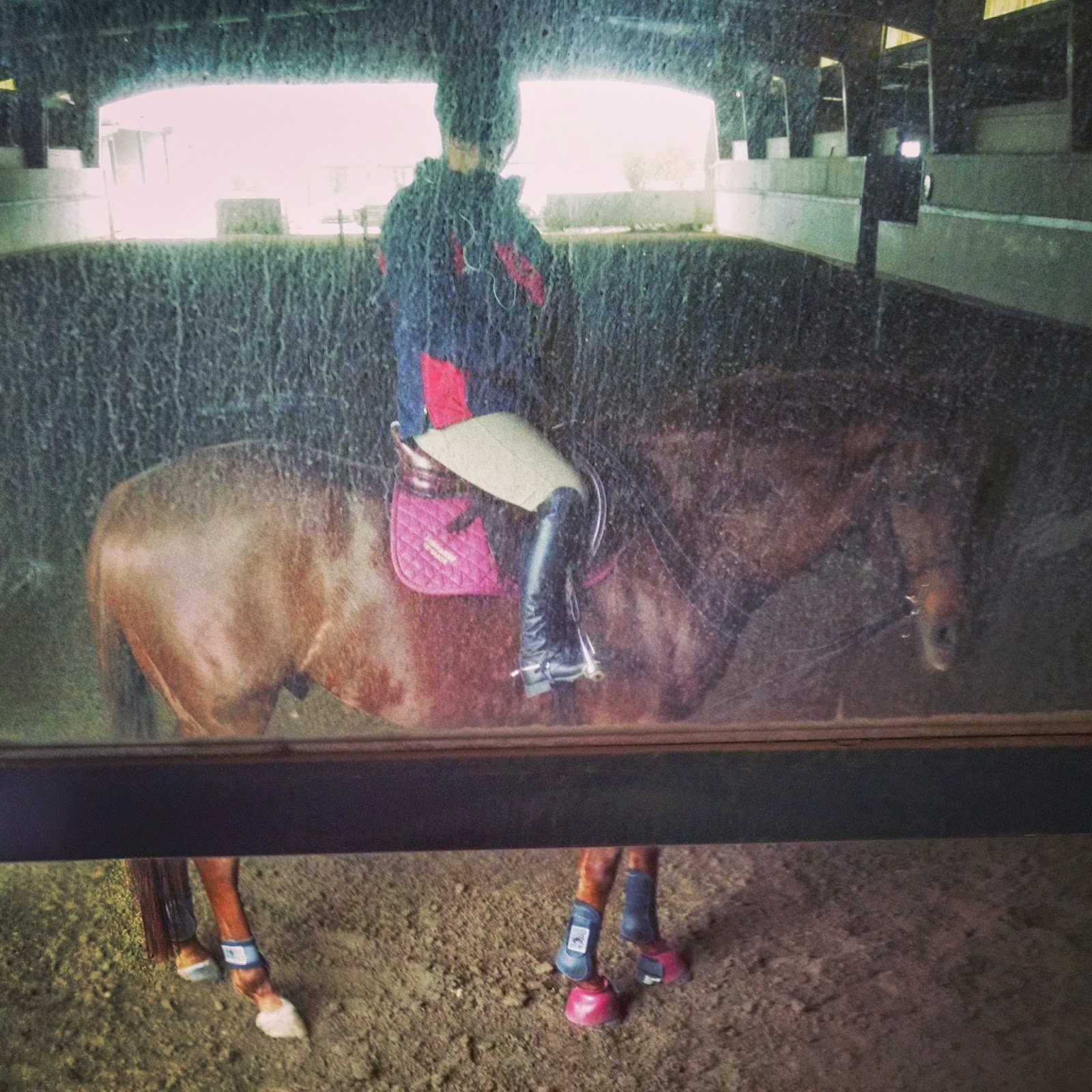