Well that consistency was short lived ha!!!!! But the gap isn't as bad this time...

I don't think that I addressed Henry's tail on the blog yet... I am maybe kinda sorta possibly at a point that I can talk about it without feeling sad and a sick feeling in my stomach...

Wes was stalled next to Henry when I first got him and all was well for a few days ... well that was short lived because he ATE half of Henrys tail :( 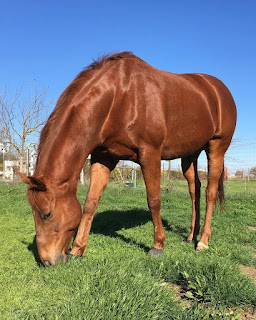 It has a little longer strand but most of it is up to his hocks... like for real?!!? He could have chewed another other horses tail, why Henry why???!! 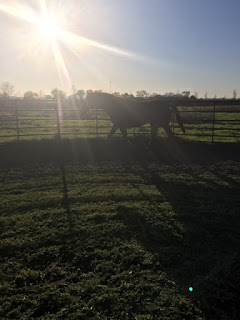 So I am for sure going to need a fake tail when we get back to the show ring... anyone have a hook up for me and a tail? ha!

Henry and I are slowly trying to get our groove back... we are both so out of shape. I also think that he could benefit from the chiropractor and probably his hocks done again, it's been over a year since they were done, maybe closer to a year and a half.