My horse is back and his feet are happy!

The crack is growing in great! Woot!! I would like it to grow in a tad more before we jump again but we are on the right path!

I hacked Sunday and Monday... 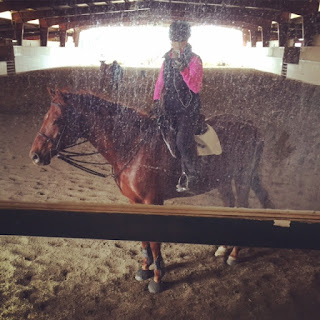 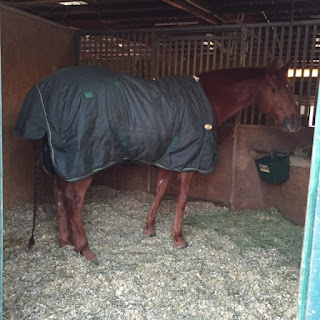 Tuesday night I headed up to the barn as soon as hubby hit the door, which ended up being when L and E had their lesson... was fun to ride with them even if I was just hacking. More of the stuff we've been doing- ya know w/t/c, counter canter and suppleness.

Soon I will be back in lesson, woot! 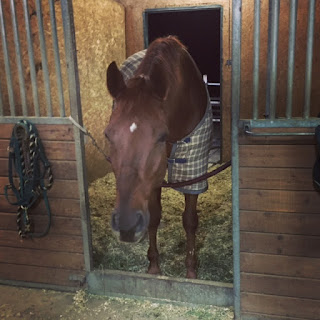 Wednesday I hacked in the afternoon while a couple of the kiddo's were riding. It was the first time in a while that I have really worked Henry to a good all over his body sweat. We did the normal w/t/c, really staying in the frame from the trot to canter (he always likes to come up when going to into the canter), no stirrup work and LOTS of walking to dry him out.

The kiddo's played tag and I got roped into that... fun but not fair for me to play especially at the walk lol. 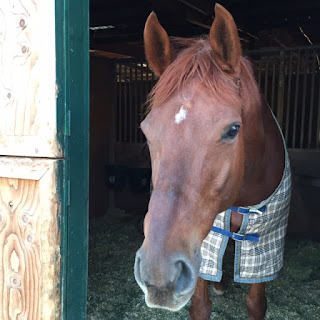 I am thinking a clipping will be coming sooner then later :)

Thursday was turn out day, I think he was so happy that he could be turned out for more then 15 min with me watching his every move haha! I still prayed that he would be good and have all 4 shoes!
Posted by Karley at 6:30 AM