I don't think in the 7 months that I have had Henry I have spent unlimited time grooming and hanging out with him. Tonight was the night. I typically ride Monday nights but my hubby got home 45 min late and I headed up to the barn alone. There were 2 people finishing up their rides as I came into the barn with Henry. I gave him a quick groom and polo wrapped all 4 legs in some fancy white polos and put bell boots on. Then we headed out to the big round pen and I let him just hangout, smell around, mosey here and there and eventually do some work haha!

Henry going to the left

Henry going to the right

Then we headed in to the indoor arena to walk around a bit.. he was a good boy.

Then off to beautify him! He actually stood very well and let me fuss over him- curing and brushing him lots! The only think he wasn't sure about was painting his hooves- he kept looking down at me like what the heck are you doing?!?! Anywho he was glistening when I was done.

I took some pictures with my phone of our hangout sesh- sorry for the bad quality! 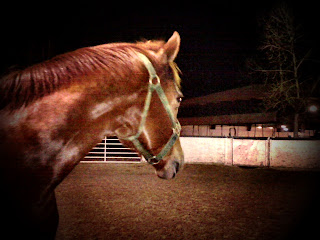 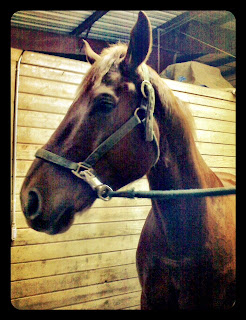 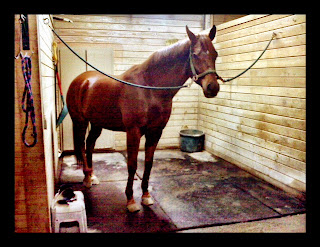 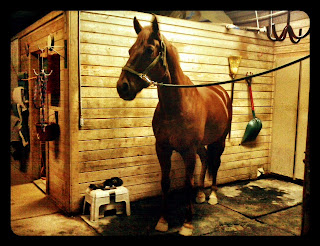 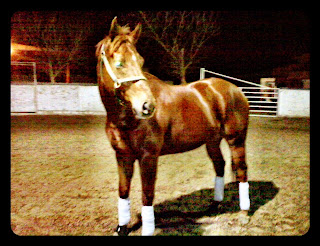 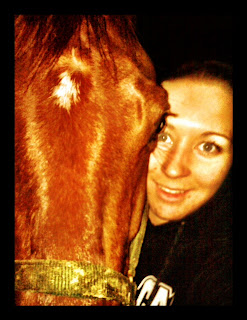 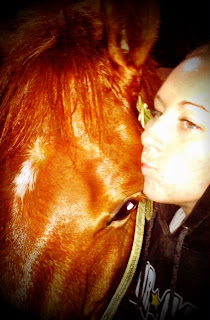