Hustle and Bustle at the Barn

Friday I knew rain was coming so I opted to turn Henry out for a few hours to get some sun and so he could munch on the ity bitty bits of grass that were out there. 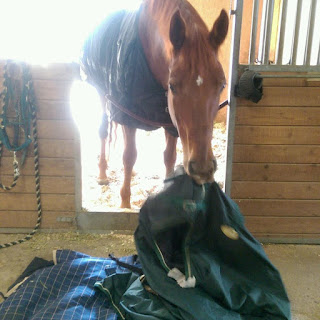 Saturday I headed up to the barn once hubby woke up and took over kiddo duty... got there and realized I left me bridle, girth and martingale at home. 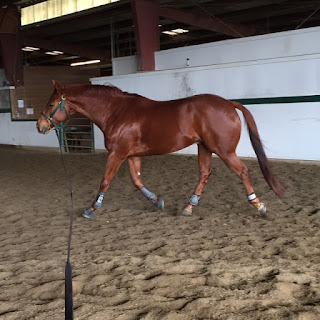 Henry got Sunday off :)

Monday, Tuesday and Wednesday I hacked. Everyone is out of school so it was hustling and bustling every time. 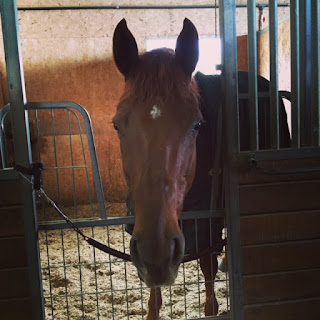 Henry has been great for our hacks, we haven't done anything special since there have been so many people in the arena... just hacks, lead changes, shoulder/haunches in/out, lots of bending, turn on the forhand and haunches.


He must have gotten cast sometime between Monday afternoon and Tuesday morning because one of the walls in his stall was way pushed out (like the wood wall was moved inches), there were lots of scratches on that wall and holes in his blanket... thankfully he seemed no affected!