Love hearing all of your thoughts on helmets :) Thanks for the input! 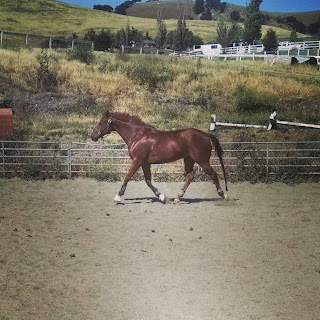 Friday I was possibly going to have a lesson but trainer had an emergency come up. I hacked anyways since hubby was working a long weekend so Henry needed to get out.

It was SO windy but overall Henry was great. Everyone was huddling down in the closed side of the indoor arena... I used the whole arena as always. At times I circled the open end half since sometimes it is impossible to tell what the people who ride in the morning are doing.. lots of random circles, stopping, turning and what not without warning or disregard for whos around haha!

Henry was great! Flatted- working on straightness, counter canter and just going through the paces. Gave him a good workout :)

Saturday He had a day off with some turnout. 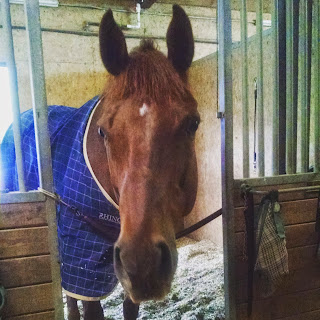 Sunday was a day off. 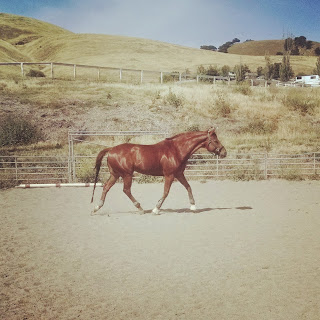 Monday I lunged.. hubby worked Sunday and Monday night so I had about an hour and a half from leaving the house to getting back to the house. I wanted to hack but it wasn't in the cards.

Henry was NUTS so I am glad I got him out and ran him around.

Hopefully a lesson tonight!
Posted by Karley at 10:57 AM