Tuesday and Wednesday were the clinic... recap coming soon!

Thursday was hubby's bday so I had just a tinny bit of time to do something with Henry before going out to dinner with friends....

I decided to just give him a lunge so that he could get his crazies out and stretch his legs.


Friday I made my family breakfast and then headed out to ride Mr H.

Since it has been so cold I have been BoT'ing Henry before I ride.

I tacked him up and got on... worked on a few things from the clinic (leg hand and outside rein inside leg), also counter canter, moving around his shoulder and haunches... i ended up finishing with turn on the forhand and haunches but in the middle of the ring bc he is the master of them by the wall and I didn't want to use it as a crutch :) 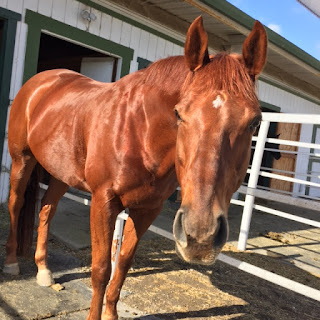 Saturday is a day off and hopefully Sunday I can sneak in an afternoon hack :)
Posted by Karley at 2:50 PM