What a fun trip! 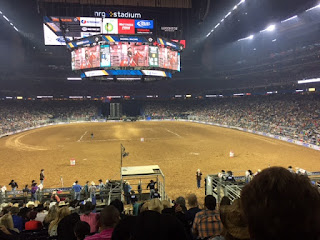 So a little background for the barrel racing - Houston takes the top 50 barrel racers to compete... they have to compete to make it back to the semi finals- top 20.

Then they compete to the Championship- top 10. 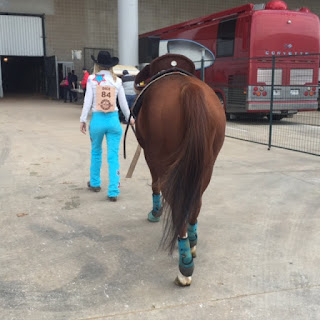 So she made it into the semi finals which is why I went... I got there Wednesday night and BAM she ran a killer run and made the Championship round.

We had some down time Thursday and Friday which as great- we rode, bathes the horses, got pedicures, watched the rodeo, saw Florida Georgia Line and Little Big Town, ate AMAZING sea food... so much fun just getting to hangout!

Saturday was the big day... out of the 10 girls she ran the fastest time in the Championship round.

So I headed down to walk Katy so she could chill while we waited for her shoot out run. 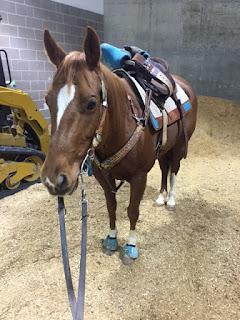 She ended up in 4th in the shoot out, the ground was super bad and Katy tripped but it was all ok... she got invited to Houston and ended up #4 our of the top 50 girls!!!

I am SO PROUD of her! For her second year running on the professional circuit she is killing it! Most of these ladies have been doing this for a long time and she is holding her own with them!

to Houston on a last min trip to cheer my sister on!

I'll be back Sunday with lots of fun media!

I'll be missing my family and Henry but know this is a once in a lifetime opportunity - Houston is a big rodeo and for her to have made it this far is amazing, she has worked so hard and is one of the best riders I know and so deserves this! 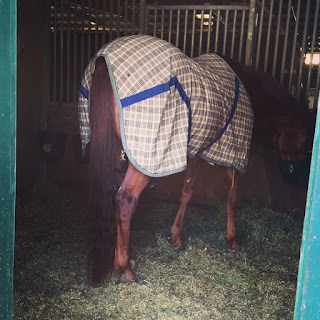 Henry is going to get spoiled by E while I am gone. Thankful for her watching over my boy!

Wednesday I did a light hack to make sure Henry was feeling normal after our lesson... he felt great woot!! 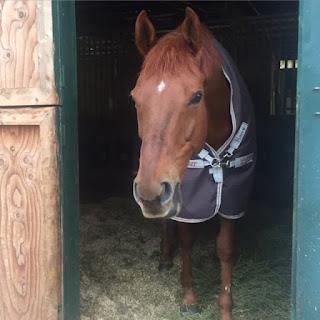 We just went through our paces and did some long and low work.

Thursday was a crazy day for us so Henry had the day off.

Friday morning I was able to squeeze in a hack.

I tacked up Henry and put him on the lunge line- he was CRAZY! Three other people lunged too and their horses were nuts as well- Henry was the least crazy of the bunch- I hadn't seen him that high in a long time. Maybe the crazy rain and wind were the cause.

I hopped on him and he was still a bit bright - he wanted to join the other chestnut that was being cray!! (her owner lunged her for like 20 min and she was leaping through the air pulling her owner with her) J and I stayed in one half of the ring because the other horse being lunged was all over the place and not predictable lol.

Once I got to work, he was great and settled in. Trainer let me know that there was a flapping plastic bad on the tractor and that is probably why he was crazy. So once the other girl was done lunging, I went and make sure he wasn't going to lose his mind by it- he gave it a hairy eye a few time but was totally good. 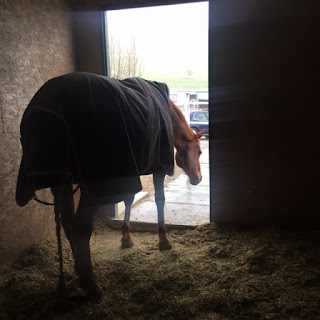 It was pooring and pooring while I rode and after- once I got Henry untacked and cleaned up, I opened up his doors and he watched the chaos outside lol.

Saturday I planned to ride but decided to take advantage of hubby being home and we packed a bunch more and took a load to where we are storing stuff till we move.

The horses got their vaccs so I went and checked on Henry in the evening and he seemed to be doing great.

The rain has really taken a toll on the road to the barn, it's a MESS!

Hopefully this rain will let up some so we can dry out a bit!

Also, super exciting news- my sister made the semi finals at the Houston Rodeo! Trying to find an affordable ticket so I can go next week- fingers crossed!
Posted by Karley at 10:03 PM 8 comments:

I need a boat! 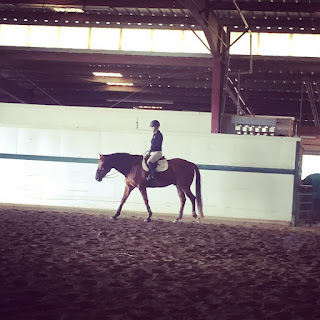 I joined back into the Tuesday night lesson... in the early group because hubby works so I had to be home by 6.

Trainer tortured us with lots of 2 point and no stirrup work. The new teen and I were the only two that did all the torture and didn't bow out - so proud of myself lol!

After our flat session we did an X, then a little vertical and then a little oxer. Henry was a champ, I am rusty but we did it and all was good!

Watch out we are back :-P lol jk jk 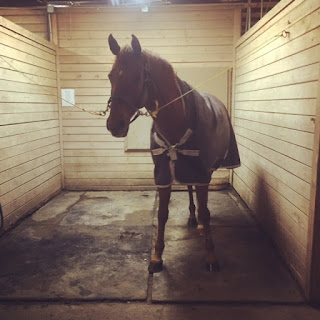 Cleaned him up and tucked him in.

I spoke too soon 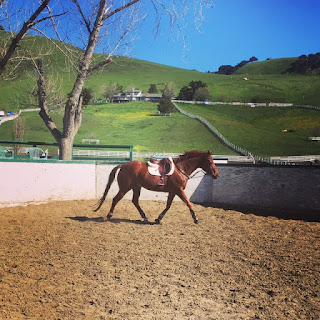 Tuesday Henry got the day off because hubby had to work.

Wednesday, Thursday and Friday I was able to ride tho!! Woot! 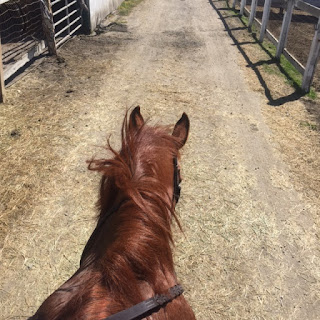 I have been riding in the twisted wire bit and Henry has been going good, but he starts to get dull towards a bit after a while so I normally swap back to the Segunda. BUT he has been SOOOO touchy to the segunda so gotta figure something out... 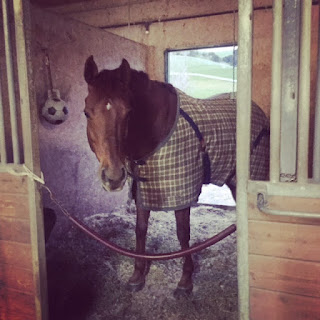 Saturday we headed to the show to cheer on L... I'll let her do the recaps for that :) 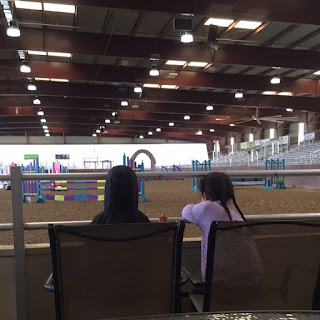 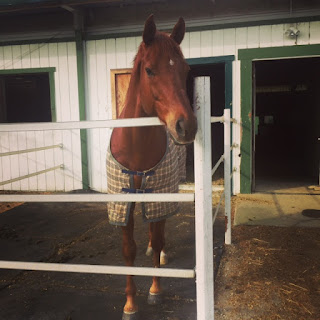 If You Were Putting Together A Tack Room...

What would you put in it? 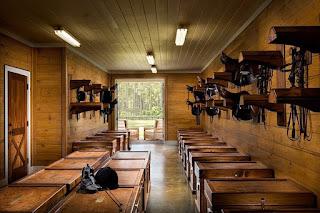 Do a post with how you would outfit a tack room! I think it will be fun to see what everyone would do!

How cool is this Hose Holder?!?!

Pretty for Brass Bridle Racks, though I think these would be cool for halters too. 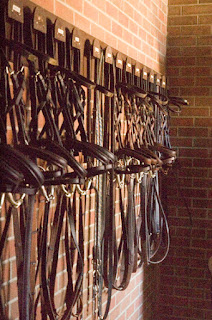 Blanket Bars for the stall doors 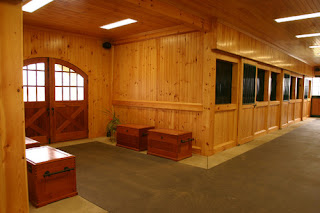